I’m bigger than average in length and girth and its not all its cracked up to be sometimes. For example, it feels good to look down and touch it and say to myself wow I’m awesome! But look at guys with the humongous black dicks. They are so big they practically can’t even hold the girl because their dick is too long. For me my thickness has actually prevented me from having sex with 2 girls of the 5 or 6 I had the opportunity with and 2 of the other ones said it hurt and even tried to pretend the thickness didn’t hurt when it did. I like thrusting hard and deep and since I’m too long for allot of girls this hurts their clit so I can never really pound away like average sized guys, I cant go deep in missionary and I have to do it from behind which pisses me off because then I cant look at her and it feels like were less connected. Anal sex is also out of the picture because I’m thicker than average.

It reminds me of when I was just getting into pua and I though looks mattered allot so I obsessed over my image a guy who was older, been in the game for almost a decade, told me it didn’t matter AT ALL. I was like no way you are an idiot look at all these cool guys who dress well and celebrities and sports stars, they get girls and the all dress well the truth is there is a selection bias. I was thinking in reverse logic, because he dresses cool he gets girls.

In reality he is successful, has cash, has a good overall lifestyle, learns from the many women in his life and girlfriends how to dress, and obviously he looks good. Do you not think Tom Brady is having Giselle dressing him, or do you actually think he gives a shit about designers. Maybe he does now that some girl got him focused on it but when he was just some football guy he didn’t have amazing style. The point of the story is that dick size is like clothing style and image, because almost all the guys who have a good image and style get girls, you think that is the cause. But its actually the reverse, they were attractive guys at the personality level, which got them girls, who taught them about improving their image, and then they starting looking good. I had my cause and effect totally ass backwards.

Same with dick size. Of course girls like a guy who dresses well. but that’s not the defining or core characteristic. Its like obsessing over whether you are using a salad fork or a dinner fork at the kings banquet, dude, you are still the fucking KING and all the girls want to fuck you! They don’t care about the fucking forks!

It just boggles my mind, that the majority of guys stick their fingers in their ears going “la la la la” when confronted with the realities of penis size. It’s like they purposely want to feel bad about themselves, they WANT to feel like they aren’t the “right” size. In reality, the “right” size is based on the situation you find yourself in. The guys most often worrying, are the ones who aren’t even in ANY situations, so it’s just needless anxiety for them anyway.

If you are with a girl, then of course there is an ideal size for her (just like there is an ideal tightness for you), and its quite likely that you are not it (and neither is she). This is just the reality of life. Congratulations if you end up with an ideal sexual fit, it happens all the time and great sex might be faster to get to. But all the variables don’t have to be perfect right off the bat, for great sex. Good lovers instantly adapt to the situation they find themselves in, and its easier to have great sex the more times you are with someone… just like any skill or situation.

Recommended Read
Irexis is a WASTE Of Money! Not Recommended.

If you are worried about having frequent, non-repeating, pleasurable sexual encounters (without all the time to learn to adapt to the person)… then clearly the closer you are to the mean penis size, the more leeway you’ll have. But unless you are very large, or very small, you probably won’t have many problems anyway. So the point is… calm down and enjoy the sex. Insecurity being leaked out, doesn’t magically stop once you’re inside the bedroom. Just like outside the bedroom, it can influence the comfort of other people (and in this case, the sexual pleasure of a woman).

Women like to be dominated, it’s in their genetics.

If you’re at least 6 inches – I’m sure you can pound her cervix if you lift her legs up toward her chest and pile driver it. Note: They don’t want this all the time and based on what I’ve seen, it looks painful afterwards. Honestly, most women don’t know what the hell is going on down there.

I habitually inquire as to what a woman prefers before any serious touching starts and 95% of all responses are “I like it all!” or “I don’t know, but I know what feels good!”. The other 5% have particular kinks or fetishes they like fulfilled and are bold enough to state them.

For the record – I still make the inquiry because even if they don’t have details for me before hand, it gives them license to direct me “in the moment” to things that feel best without having to worry about if I’m going to get all butt sore and ego broken. That usually works out well.

I believe penis size alone can make some girls orgasm from simple physiology and psychological factors. Being able to hit certain ‘spots’, being aroused by the sight of it, the feel of it etc. etc. I have an above average member and have certainly made some girls admit to never feeling that way – and this way prior to me knowing shit about sex. Granted, if you are absolutely horrible, a big member won’t do anything. Alas, some girls are also prone to hyper-sexphobia aka body issues or just very stressed and can’t take very much dick.

In the end, I believe falling anywhere near average to above average is beneficial; anywhere above that or below that and you may want to consider alternative strategies to sex. 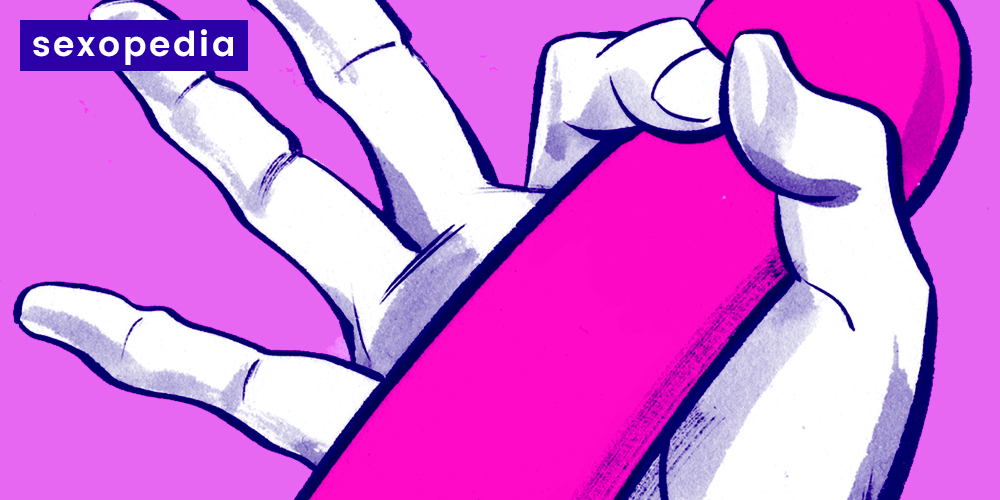 An introduction to Jelqing

Practicing Using Your Thrust Muscles: How to Move for Better Sex