Let’s talk about penis size and good sex. We can all see that girls overall probably prefer a bigger one compared to a smaller or normal one assuming all ‘bedroom’ skills are equally good.

Now personally, I’m slightly above average both length and girth. I can make girls come clitorally and through their g-spot (deep spot still needs fine-tuning I guess) but actual intercourse is always a lot ‘harder’. A lot of self proclaimed sex guru’s claim they are actually quite small (e.g. Daniel Rose author of the SexGod method) so what is the missing link here, is it really that psychological element or something else?

It is a lack of experience?

I was wondering how you guys look at this, what your experiences are and what average sized men can do to totally fuck her brains out.

There’s definitely a big psychological aspect to it, and it is very important for the woman to be extremely aroused and excited but I truly believe penis girth is really what gives you the big edge. Note that whenever size comes up and girls are talking about it, 90% say it’s the thickness that matters.

I’ve never been able to fuck a girl like he did, by simply going up and down on a girl and I doubt her husband/boyfriend who organized the whole thing can too. He’s even asking a couple times if she’s okay because the whole thing is so INTENSE for her.

Now this is an extreme example, the woman is very sexually receptive and can orgasm quite easily as well, not your average woman.

So I’m not saying you need a dick as thick as his, I honestly believe his size is too thick for most women, but in order to really fuck the shit out of a girl you need to at least have some GIRTH which falls into the big range which is approximately 6 inches of girth.

Watch it again. The first 6 minutes is him attacking the clit directly… after that, she’s in a per orgasmic state and probably could go over the edge by someone pulling hard on her nipples.

I would suggest that learning how to give a woman that whole-body earth rocking orgasm is probably more important than cock size. A big dick to follow up with will always be appreciated, of course, but knowing how to light her up initially will already put you ahead of most of the competition who considers sex as “in, out, repeat as necessary”

About the girth stimulating the clitoral on the side legs is what I also considered true, not only that, but a bigger girth also brings the hood more exposed and closer to the penis.

Regardless what triggered the orgasms in this video. I find myself more often than not stimulating the clit manually when fucking simply to provide extra stimulation because they seem bored 80% of the time otherwise.

Dealing with A Small Dick

If you have a small dick, then you have to learn how to be confident psychologically with it. You might get made fun of, but you have to be able to flip that shit. Girls respect confidence.

I agree that building to hard, dominating sex can be very enjoyable to a girl. I just suggest building up to hair pulling, hard biting and hard fucking very slowly. Don’t take out your “A-game” too quickly because it’s not fun for the girl. Girls don’t like being penetrated hard and fast right out of the gate.

Men are a light switch and women are a volume knob. The slower you move that knob upward the happier she will be. If you have a penis which is in the ballpark of average or slightly above it’s not going to matter if you have a coke-can style dick.

Any dialogue that starts with telling us what we all see, is bound to be quite limited. It is this assumption (which seems to be solely based on porn and playground word of mouth) that prevents most people from looking at things objectively, and without a size complex. In my experiences (talking candidly with both guys and girls) it’s not at all clear that bigger is always better than average. I’ve seen enough circumstances where bigger was most definitely not better than average, and have realized that this is a human interaction that can’t be broadly generalized into one neat little answer.

When walking in the forest one day, a man comes upon a hole in the ground. Of course since he wants to shove a stick into it, he will invariably look at it from a tool-based perspective. He will go and try to find a stick that fits the hole perfectly, he will adapt his tool to the task at hand. At no point will he think “this hole isn’t the right size for the stick I have”, that just isn’t how his brain works. He will always think “I need a different stick to fit this hole”. However, if you have one stick, and there are a billion different sized holes around, WHY on earth would you think from a hole-centric point of view? Defaulting to the view that what you have isn’t right, speaks volumes about how your outlook will be in general.

Using this mindset (in a totally different and incompatible situation), the female is placed as the environment, the one who must be adapted to, the thing we work around. While I’m not saying the opposite is right (i.e. “she’s the wrong size”) it’s a little more rational to hold, since you are the carrier of a single stick. Perspective is everything. What exactly is to stop a female from thinking “I’m the wrong size for him”? Nothing at all, except social programming, and most of the time, even so, they will think it anyway. You are going to go around and shove your stick into a few different holes. Sometimes the fit will be ideal, sometimes it will be too snug, and sometimes it will be too loose. In a bad fit, the fault really isn’t with the stick or the hole. You will just do the best you can, with the situation you are presented with, or you find a more ideal situation.

About Terrence Michael 106 Articles
The advice and techniques on this website are 100% my own and are unhindered by the medical profession. I’m sharing these techniques with you solely on the hope that they may help you, too.
Contact: Website 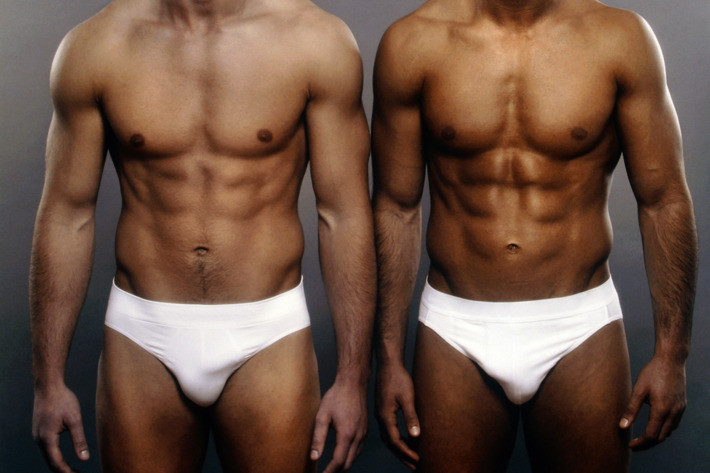 Routines to Boost Your Penis Size